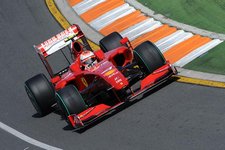 Formula One can be an unpredictable sport, as was perfectly demonstrated by last weekend’s race in Monaco. Two safety car periods, three different drivers leading the grand prix, four different tyre compounds used and the eventual victor having hit the wall early on in the race.

It is this unpredictability that makes F1 not just an immensely interesting sport, but also a very attractive betting medium. The uncertainty can often create widely differing opinions between punters, other punters and the bookmakers. With so many factors going in to deciding the outcome of a race, there can often be value found in the prices and quotes that are on offer.

Value, in betting parlance, can be defined as the difference between the likelihood of something happening and the odds that are being offered that it will happen. The percentage chance of getting a head when tossing a coin is fifty percent. In bookmaking this is written as the fraction 1/1 (or evens) or in the decimal format of 2.00. If a bookmaker was to offer you odds of 2/1 that tossing a coin would reveal a head, then the odds being offered would be greater than the statistical likelihood of it happening and thus you would have found some value. Here ends the maths lesson.

Finding that value in Formula One depends on your preferred approach. Some people like to follow historical trends (e.g. Monaco is traditionally a circuit where McLaren have performed well) whilst others monitor the current form of teams and drivers. Statisticians will trawl through the huge amount of data that F1 as a sport generates (sector times, lap records, testing performance, last season s data etc.), whilst some fans will simply watch Qualifying and draw conclusions from what they see.

What a bookmaker will do is take all of the above factors (and often many more) and try to combine them to produce a price or quote that reflects what they believe is the chance of an event happening. If as a punter, you can do this better than they can (by correctly adding more weight to certain critical factors) then you will see a discrepancy between the odds on offer and your belief that something will happen. In the cases where the odds on offer are greater, you can claim to have spotted some value.

One of the best things about F1 betting is the huge range of markets that are on offer. The most common bets try to forecast who will take pole position or the race victory. Equally popular is betting on drivers to finish on the podium, in the points or to set the fastest lap of the race. More exotic markets include betting on the number of safety cars, the number of finishers, the lap of the first retirement or how drivers will fair head-to-head with another driver, usually their teammate or a close rival. As the marketplace becomes more competitive, firms are dreaming up ever more interesting scenarios for punters to bet on.

As well as the wide range of markets, there are three main different types of bet that can be placed. Each is often most suitable to a particular scenario, but sometimes punters will just prefer one style to the others.

The first is known as fixed odds betting. This is where a bookmaker will offer a price (e.g. 10/1) on a particular event occurring and the person making the bet will place a fixed stake at that price hoping for a return. This is the simplest and most common form of betting.

Secondly, it is possible to bet against fellow punters on the Exchanges. When backing a selection to win, this is just like placing a fixed odds bet. However the exchanges also give you the chance to lay bets, just like a bookmaker can do. This can be useful when you believe that something won t happen. Perhaps you feel that Felipe Massa won t be able to maintain his challenge for the World Drivers Championship? If so, you could lay him in that market on the exchanges. As long as any driver other than the Brazilian goes on to be successful, you will win. Be aware though, the exchange operators will take a percentage cut of your winnings (from backing or laying) usually around five percent.

Finally, you have the option of spread betting. Spread betting works just like the stock market in that everything has a quote (which reflects its likelihood within the parameters of the market) and as a punter you can choose to buy (go higher) or sell (go lower). The fascinating thing about this type of betting is that the more right you are, the more you win and conversely the more you get something wrong, the more you lose. Spread betting can be great fun, but always take care and like any form of betting, don t risk more than you can afford to lose.

In recent years there has been an explosion in the number of firms offering betting on sports, not just Formula One. This provides lots of scope for finding different odds on the same event. Obtaining the very best price available in the marketplace might be the difference between turning a profit or a loss over the longer term. The simplest way to do this is to use one of the many odds-comparison websites on the Internet.

One note of caution; you should only place a bet with a firm that you trust. This might mean sticking to the established players in the industry, but at the very least keep a lookout for firms that are IBAS affiliated. IBAS are the industry s independent arbitrators and will only offer affiliation to trustworthy companies.

Finally, by way of an introduction to F1 betting, I wanted to give you a tip for Sunday s Canadian Grand Prix. Watch out for the safety car.

Montreal is always a venue that I target in this market due to the proximity of its tyre walls to the track and the small run-off areas that often make vehicle recovery tricky and blockage likely. There is also the infamous Champions Wall at such a precarious part of the circuit. The statistics certainly back me up:

In the last ten years the safety car has been deployed no fewer than sixteen times, more than at any other circuit on the calendar. Seven out of those ten races have seen it appear at least once. In last year s race we saw the safety car out four times, on laps twenty-one, twenty-seven, fifty and fifty-six.

Perhaps what I like most about this bet is the knowledge that the Circuit Gilles-Villeneuve has the potential to catch-out even the very best drivers when they least expect it. Good luck.

Rosberg and Hamilton – the battle will rage all the way

Why blaming Rosberg too much could be bad…

Is this how you see the world, Lewis?

Jules’ accident and the psychology of F1