Formula 1 legend Niki Lauda has died at the age of 70, his family have confirmed.

Lauda won the F1 drivers' championship in 1975 and 1977 with Ferrari and again in 1984 with McLaren, passed away on Monday - eight months after undergoing a lung transplant.

He was considered one of the sport's greatest ever drivers and in 1976 was badly burned when he crashed during the German Grand Prix, but made an astonishingly fast return to racing just six weeks later.

'His unique achievements as an athlete and entrepreneur are and will remain unforgettable, his tireless zest for action, his straightforwardness and his courage remain.

'A role model and a benchmark for all of us, he was a loving and caring husband, father and grandfather away from the public, and he will be missed.'

His comeback in 1976 after suffering severe burns became the stuff of legend and his battle with Britain's James Hunt was the subject of the hit movie 'Rush.' 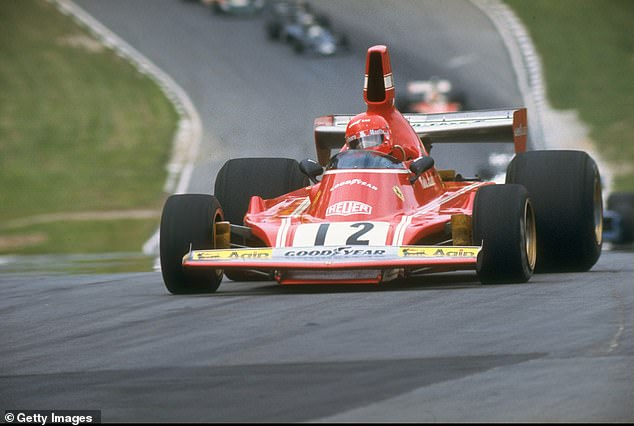 After retirement from racing he also became an airline entrepreneur, and had agreed to sell his controlling stake in Laudamotion to Ryanair.

At the start of the year Lauda was in hospital in Vienna with the flu, five months after undergoing a lung transplant.

He was flown in early January from the Spanish island of Ibiza where he had been vacationing to a hospital in the Austrian capital.

Lauda, who received a new lung on August 2 last year, was non-executive chairman of Mercedes.

Lauda has twice undergone kidney transplants, in 1997 and 2005. His brother Florian donated an organ for the first operation and his wife Brigit did the same for the second.

https://www.dailymail.co.uk/news/articl ... ealth.html
Last edited by overboost on 21 May 19, 01:55, edited 1 time in total.
The truth is incontrovertible. Malice may attack it, ignorance may deride it, but in the end, there it is. - Winston Churchill

Thoughts and prayers to his family, friends and fans.

At least, he lived a life doing what he loved most, until the end.

Formula One fans will have one last chance to say goodbye to the late, great Niki Lauda before he is buried in a Ferrari racing suit from 1974-77. The Austrian hero is to be buried with full state honours and will be laid to rest in the Neustifter Friedhof (Neustift Cemetery) in the Doebling borough, where his mother is buried, this Wednesday.

http://scuderiafans.com/niki-lauda-buri ... mP15a6KSms
The truth is incontrovertible. Malice may attack it, ignorance may deride it, but in the end, there it is. - Winston Churchill

It would seem that once you join Ferrari,
your heart and soul stay there, even when you leave...