The funeral service for Jules is currently underway in Nice. The sheer number of people who've attended is testament to how he lived both on and off the track. May he rest in peace. Let's hope that this is the last death we see as a result of racing in F1...
myownalias • The Englishman in Kansas • Twitter: @myownalias
Top

So much is being written about Jules. Truly highlights just what a tragic loss his death is, on and off the track! 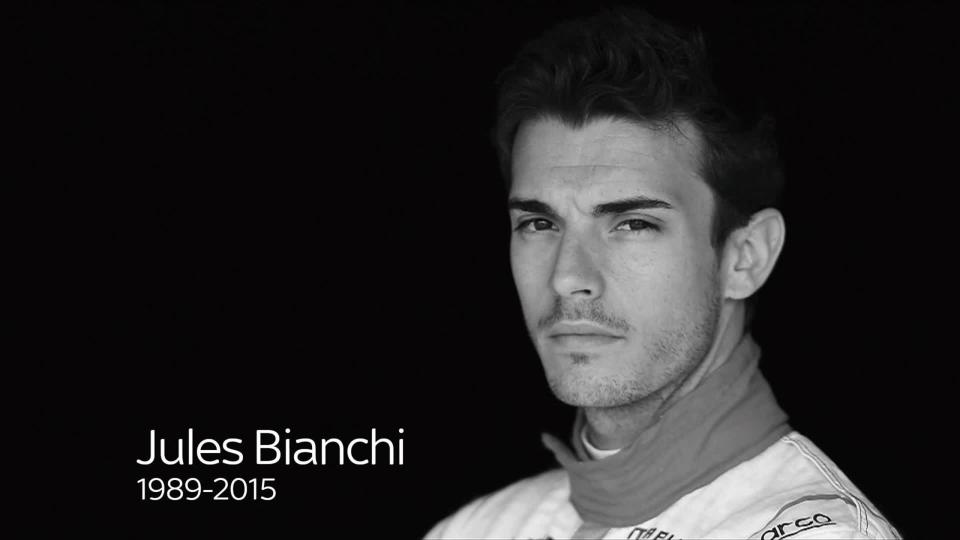 I think that F1 will never be 100% safe, it is the nature of the beast. However lessons are being learnt all the time.

Ferrari tribute: Jules in our hearts

Jules Bianchi's family has announced that it will be taking legal action in the UK against the FIA, the Formula One Group and the Marussia team following his death.

Bianchi passed away aged 25 last year as a result of severe head injuries sustained in a crash at the 2014 Japanese Grand Prix, after he struck a recovery crane.

An official FIA report into the circumstances surrounding Bianchi's accident cleared Formula 1 chiefs of wrongdoing, and stated that Bianchi failed to slow sufficiently.

Bianchi's family, after months of deliberation, has decided to take action.

Bianchi's father, Philippe, stated: "We seek justice for Jules, and want to establish the truth about the decisions that led to our son's crash at the Japanese Grand Prix in 2014.

"As a family, we have so many unanswered questions and feel that Jules' accident and death could have been avoided if a series of mistakes had not been made."

Stewarts Law is leading legal action for the Bianchi family.

"The FIA Panel Inquiry Report into this accident made numerous recommendations to improve safety in Formula 1 but failed to identify where errors had been made which led to Jules' death.

"It was surprising and distressing to the Bianchi family that the FIA panel in its conclusions, whilst noting a number of contributing factors, blamed Jules.

"The Bianchi family are determined that this legal process should require those involved to provide answers and to take responsibility for any failings.

"This is important if current and future drivers are to have confidence that safety in the sport will be put first.

"If this had been the case [at the Japanese Grand Prix] in Suzuka, Jules Bianchi would most likely still be alive and competing in the sport he loved today."

This is not about Justice for Jules, this is about the family cashing in on his death, after all this time and a full investigation clearing the sport of any wrongdoing, this is purely about money. Jules death was tragic, but it was a freak accident caused by excessive speed in tricky conditions under SC conditions, there was no car failure and the FIA has taken steps to help prevent this sort of incident happening again. The FIA and FOM had done everything that was reasonable to protect drivers on that dark day in 2014.
myownalias • The Englishman in Kansas • Twitter: @myownalias
Top
54 posts