Martin Whitmarsh says that he is not surprised by Jenson Button’s start to the 2010.

Following his switch to McLaren it was widely expected that Button would struggle to retain his world championship and would face an uphill struggle to get on terms with the pace of his team-mate, Lewis Hamilton.

However, the 30-year-old has defied critics so far this season and now leads the world championship, with two victories from four races.

Such a feat hasn’t surprised Whitmarsh, who is full of praise for Button’s efforts on the track and inside the team.

“I don’t think it’s a surprise – I think Jenson has done a fantastic job with the team,” the McLaren team principal told ITV F1. 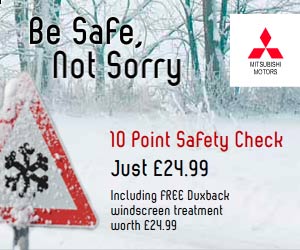 “He’s a mature world champion, he’s got a lot of experience, he’s had a lot of tough times in his career and he’s clearly learnt from it.

“How he has conducted himself in the team, how he works with Lewis, how he operates out on the track is fantastic.”

Although Button’s victories came in the midst of changeable weather conditions, Whitmarsh also moved to dismiss the claim that the British driver had been lucky.

“Here we are four races in, and he’s won two of them,” he continued.

“No one who’s watched those races could say anything other than that he thoroughly deserved to win them.

Additionally, Whitmarsh heaped praise on the entire McLaren team for returning to Europe with a lead in both championships.

“To come away leading the championship after four races when not everything’s gone right shows we’ve got two great racing drivers and a strong team,” he said.

“It’s testament to the team and the drivers.

“We don’t always get it right, but we make decisions and we get on with it.

“We’ve got two drivers who are great racers and they’ve made a massive contribution.”