The Porsche Lounge is the natural stage to highlight the achievements of Ron Dennis, where his deeds can be appreciated without the recent denigration provoked by segments of the media and lapped up by those unwilling to look at the big picture without pedantic nit picking and the same stuff Lewis attracts from vertain quarters. Namely the old pattern of 'He is bad, and no matter what facts counter every single one of by assumptions I will keep finding another strawman instead because just know hes bad'
Lots of reminders of who we are talking about in this picture 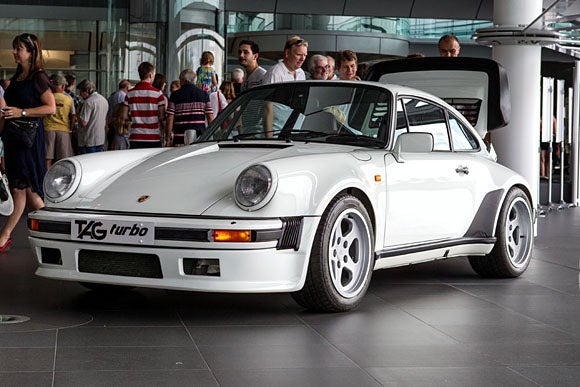 And what a big picture it is. Lets start with the stats and facts - the most successful ever and the biggest winner

In 28 years Ron has produced backed and employed drivers to 11 World champions - therefore Ron has achieved the aim of F1 40% of the opportunities he has had - 40%. He has won 40 out of a 100 opportunities. This is a born winner. To put it in perspective other TPs backing drivers and providing them with cars have not even approached half this level.
Enzo Ferrari produced 9 WDCs in his 38 years - 23% - barely half as successful as Ron,
Frank Williams produced 7 WDCs in 35 years - 20%
Colin Chapman produced 6 WDCS in 24 years - 25%
http://en.wikipedia.org/wiki/List_of_Formula_One_World_Drivers%27_Champions#By_constructor

And then we can move from the quantitative towards the qualitative. The best F1 drivers have driven for McLaren. Its like a role call of the greatest, Senna, Prost, Hunt, Lauda, Hamilton are all Ron drivers.

He brought Porsche in and got Tag to fund it in return for naming rights, and even today TAG is still living off that association.
He swiped Honda
He got an exclusive 20 yr deal with the best engine maker of the era

I will add to this later, but it would be good hear what people respect or even like about Ron, without the knee jerk memory loss by supposed F1 fans.

The best one ofcourse is that 'Ron is the biggest loser' because he had his most recent WCC given to Ferrari, perennial losers