Wolff and Lauda confirm that Rosberg is the better driver, Hamilton not so much....... 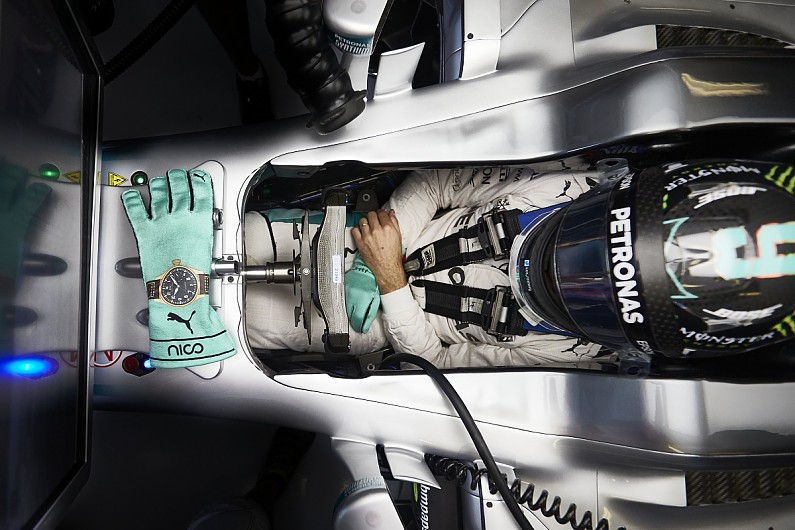 After finishing second to Mercedes team-mate Lewis Hamilton in the 2014 and '15 title fights, Rosberg became world champion for the first time last Sunday in Abu Dhabi.

Is Rosberg a deserving champion?

However, just five days after winning the 2016 title, Rosberg stunned motorsport by announcing his immediate retirement.

While Hamilton's unreliability during the season was a major point of discussion, Wolff said Rosberg's final achievement proves his worth.

"The results show he won the world championship," Wolff said.

"He is the best driver in Formula 1 today and the points show that.

"The way I've perceived the last few races was that he was extremely professional and he did what was needed.

"He had an incredible winning streak at the beginning of the season [four races] to build the foundation and he just drove it home."

Rosberg graduated to F1 as the reigning GP2 champion in 2006 with Williams, spending his first four seasons with the team.

When Mercedes returned as a works team in 2010 after buying Brawn GP, it recruited Rosberg and Michael Schumacher, who came out of retirement.

Rosberg won the first of his 23 grands prix in China in 2012 and two more in '13, before Mercedes stamped its dominance on the new turbo-hybrid era.

"First of all the way he has chosen to leave Formula 1 is something that is unheard of.

"It is something that all of us admire in a certain way, calling it a day when you are the best and at the top.

"He has been part of the development of the team since the very early days and such a strong team member.

"The team has developed because the balance is right between the drivers and the dynamics within the team.

"The balance is very important and Nico was a big contributor.""

http://www.motorsport.com/f1/news/lauda ... rg-856479/
The truth is incontrovertible. Malice may attack it, ignorance may deride it, but in the end, there it is. - Winston Churchill

I confess to being a fan of Hamilton's driving ability, slightly less so when it comes to his personality at times. When it comes to the constructors title there can be no argument and the figures speak for themselves, when it comes to determining the best driver in the series it's a different story.
If you accept that Mercedes was the best team, by a country mile, in 2016 then you would accept that barring mishaps a one two finish was inevitable.
I'm not going to get into DNF's due to accidents since both Rosberg and Hamilton suffered, regardless of fault, to such a similar extent that it would have made virtually no difference at the end of the season but when it comes to mechanical issues its a whole new ball game!
In the following I'm going to assume that, failing mechanical problems either driver would have otherwise finished second, a moot point but in order to be fair I'm going with a worst case senario.
Hamilton:
China. Engine problems in qualifying, started last and finished 7th. Potential lost points ....12
Russia. Engine problems in qualifying, started tenth but fought back to second. Potential lost points (0)?!?
Belgium, engine problems. Started last, finished third. Potential lost points....3
Malaysia. DNF from engine failure while leading comfortably, in this case I'm giving him the full loss of points for obvious reasons....25
Rosberg:
Austria. Gearbox issue. Finished fourth. Potential loss of points.....6
Hamilton lost a MINIMUM of 30 points due to mechanical issues compared to Rosbergs 6 and yet Rosberg only won the championship by five points!
For sure Rosberg is an awesome driver and comes across as a really great guy but F1 champion on merit? Nah
Bring back the days when every driver got to ditch his worst two results I say, it went a small way to mitigating things beyond a drivers control...
Top

Mechanicals are part of the sport, in fact in the past two seasons as teammate to Hamilton Nico had the worst of the mechanical issues. Is that why Hamilton won in those years? In any case mechanical issues are just a part of a bigger picture.

In 2016 what I saw was Hamilton had every opportunity to win the championship on his own merit but didn't.

He had two distinct slumps, one protracted one at the end of last season and continuing well into the beginning of 2016 and the other coming after the summer break until the US GP. Hamilton's inconsistency cost him many points.

Also Hamilton had trouble at the starts of at least 4 gp's which cost him many points. He could not convert his pole positions into victories. It was down to the new clutch rules and clutch controls on the steering wheel that seemed to baffle Lewis for the two thirds of the season. Hamilton's lack of adaptability here with this technical change cost himself as many as four victories.

Hamilton also was gifted a victory in Monaco when Red Bull forgot Ricciardo's tires in the back of the garage. Also of note in that race was Rosberg playing the team role by moving over and allowing Hamilton past which gave Hamilton the chance to move up to second place to begin with. (Contrast this with Hamilton's actions in the last race where he backed Rosberg up into Vettel and Verstappen, Rosberg could have done the same in Monaco!) So luck was on Hamilton's side and provided him with a gift of 7 points for the win in Monaco. In total he bagged a 19 point gain over Rosberg that day.

One race in particular to mention is Baku where Hamilton committed an unforced error by putting his can into the wall in Q3. This put Hamilton 10th on the grid and at the end of the race he could only pull the car back to 5th. This error combined with not being able to move through the field (in the fastest of all cars) cost Hamilton 15 points to Rosberg. Had he gottten back up to 3rd position as Rosberg has done on several occasions starting even further back he would be champion now. In effect Hamilton lost the season championship in Baku with a bad performance over the entire weekend.

Was Hamilton somehow deserving of the title this season? Nope, not by a long shot. He had it in his hands to win but couldn't.
The truth is incontrovertible. Malice may attack it, ignorance may deride it, but in the end, there it is. - Winston Churchill