ESPNF1:
Mick Schumacher has joined the young driver programme of the Ferrari team his father, Michael, won five championships with at the start of the 2000s. 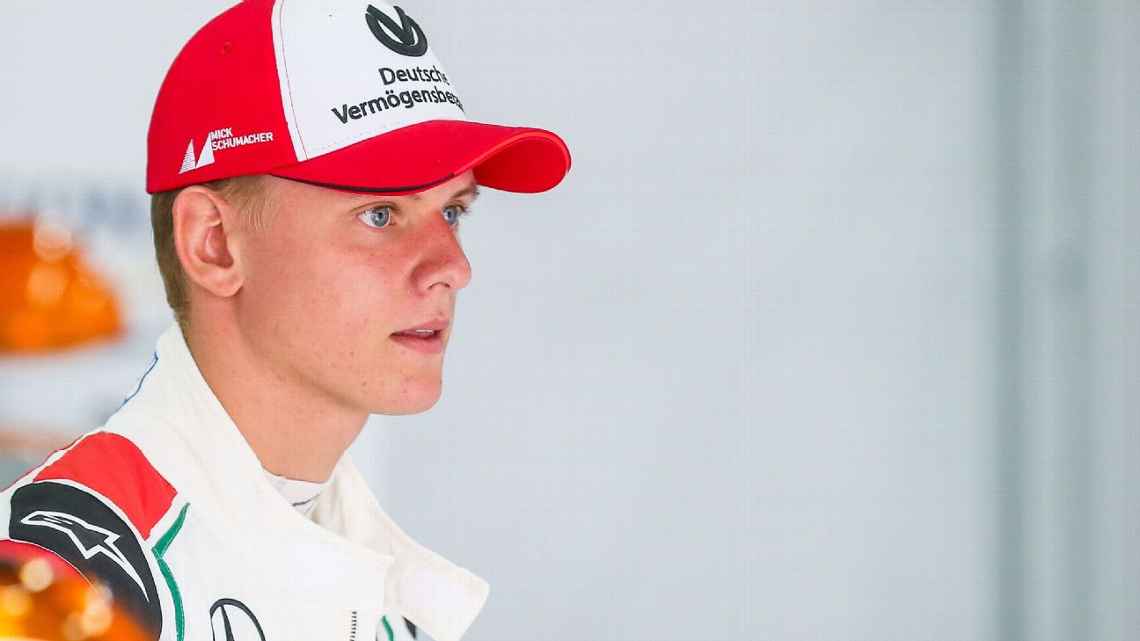 The German driver won the Formula 3 championship last year and has been widely linked to a role at one of F1's top teams for a while. He will make the step up to Formula 2 next season, the series directly below F1, and will do so with the backing of the Ferrari team.

Michael, the most successful driver in the sport's history, joined Ferrari in 1996 and played a pivotal role in returning it to glory -- his first title in red ended a 21-year wait for the drivers' championship. Newly appointed Ferrari team boss Mattia Binotto was an engineer at the team during its run of dominance, and he said the signing of Mick carries a special significance.
"For someone like me who has known him from birth, there's no doubt that welcoming Mick into Ferrari has a special emotional meaning," Binotto said. "But we have chosen him for his talent and the human and professional qualities that have already distinguished him despite his young age."

Mick Schumacher said: "It is more than obvious that Ferrari has a big place in my heart since I was born, and also in the hearts of our family. So I am delighted on a personal level about this opportunity as well."

Schumacher is likely to receive his first mileage of an F1 car at one of this year's in-season tests, as teams are required to run young drivers at two of the four days across the year. Previously, Ferrari leaned on Antonio Giovinazzi to fulfill those duties, but the Italian has moved to Sauber for the 2019 season. It is possible that young drivers will be required to drive for Sauber and the other Ferrari customer team on the grid, Haas.

The Schumacher family recently celebrated Michael's 50th birthday and released a statement saying the seven-time world champion remains "in the very best of hands" as he continues to receive care at home in Switzerland for the injuries sustained in a skiing accident five years ago. He has not been seen in public since.

Ferrari marked the same event by opening a special exhibition dedicated to Schumacher at its factory in Maranello, Italy.

I'm happy for Mick, as well as most Ferrari fans, I'm sure!
Schumacher is a name that is synonymous with Ferrari!
I'm sure Michael must be a very proud Papa!!

Having said that... Why is this all we're getting?

darwin dali wrote:...
The Schumacher family recently celebrated Michael's 50th birthday and released a statement saying the seven-time world champion remains "in the very best of hands" as he continues to receive care at home in Switzerland...

Truly wish we had more information!

Much as you may be right, burying our collective heads in the sand won't change the truth.

After the agony of defeat, success will be sweet!
Top
4 posts • Page 1 of 1